Roofing Project
Replacement of the existing roof system has been completed by Mejia Roofing Company.  The existing metal fascia system (some areas dating back to the 1950’s) was also replaced as part of this project.  2018. 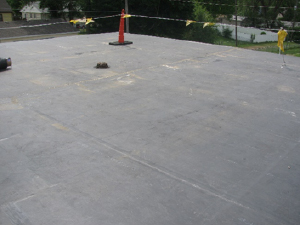 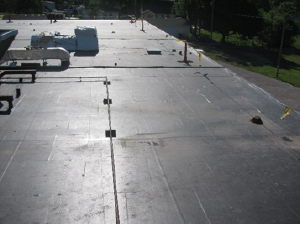 Work is being performed by Lueder Construction to complete life safety, building security and HVAC upgrades at Betz Elementary School.  Life safety and security considerations that will be taken care of include the installation of a fire sprinkler system throughout the building and inclusion of a new security entrance vestibule at the main building entrance.

The proposed bond work also made provisions for replacement of miscellaneous pieces of mechanical equipment around the building.  The existing building heating and cooling system consists of a steam boiler and a central chiller unit.  The District decided to analyze the planned expenses on the existing building system to determine the best solution on moving forward on upgrading the HVAC system in the building.  A study was completed by Advanced Engineering Systems, who is the HVAC engineer for the project.  With the age and condition of existing building systems as well as the inefficiencies of the existing building systems, the HVAC engineer concluded as part of the study that an alternative HVAC solution to the existing system may be a better direction to go.  Based on the study of the building, it was determined that a variable refrigerant flow (VRF) system would prove to be a more cost effective and efficient solution to operate the building.  This solution would also provide more individual control in the building for the building occupants.  It was determined by the Board that the existing mechanical system will be replaced with a new variable refrigerant flow (VRF) system using the bond money allocated as part of the project and then supplementing the remainder of the system upgrade costs with funds from the District Building and Site fund after review of the bid costs that were received on the project.

Work for the initial phase of construction (which constitutes approximately 80% of the west portion of the building) is scheduled to be completed by the start of the school year.  The remaining work on the east classroom wing will be phased in during the first couple months of the 2018 school year.  It is anticipated that all work will be completed by approximately the end of September 2018.

The District is also working with OPPD on potential energy rebates for using the new VRF system as a means to reduce energy consumption. 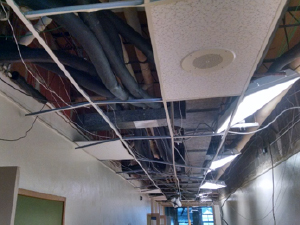 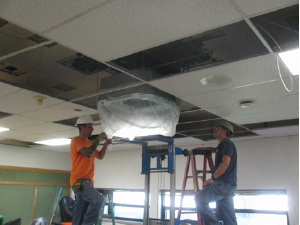