Established: 2000
Location: 4110 Tregaron Drive
Grades Served: PK-6
History: Fairview Elementary School is located on Fairview Road, which crosses most of Sarpy County and goes through Fairview Township. One of the earliest settlers of the community was a Reverend C. Chaucer Goss, a Methodist minister who came to Bellevue and wanted to create a community southeast of Old Bellevue close to the Platte River. He had land surveyed and platted and began to sell lots in his town called Fairview. There was a time when a town, a school, and a church were named Fairview, however, when the railroads chose a path west of Omaha, Fairview became a ghost town. Fairview Elementary school adds to the history of Fairview in the Bellevue/Offutt Community.
School Mascot: Fairview Firebirds
School Colors: Green and Silver
School Purpose: Fairview Elementary School works in collaboration with our families and community to establish a core foundation for students to become productive citizens in an ever-changing society.
Principal: Amber Johnson 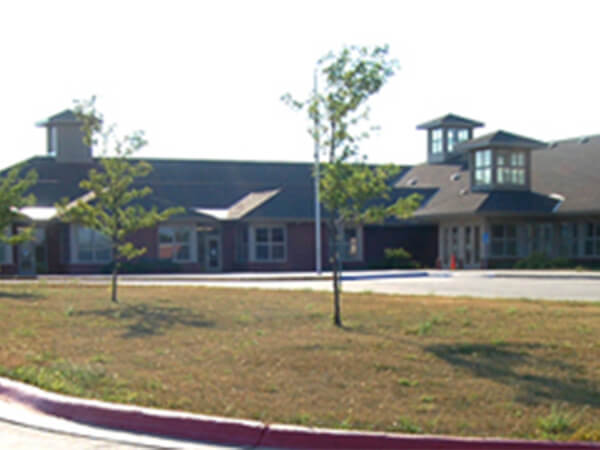